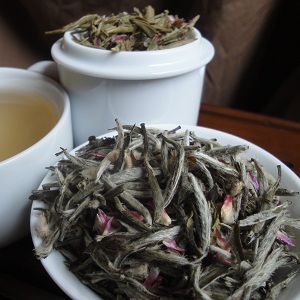 Behind The Name: The Killer's Vanilla Edition 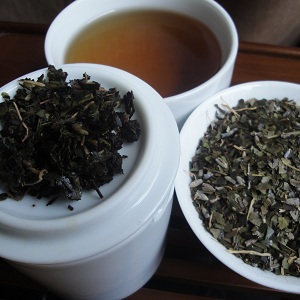 Why did we name a mint, lavender, vanilla, guayusa blend The Killer’s Vanilla?  Well, that's a good question.  For months we were working on a vanilla guayusa with no success.  We made some good vanilla guayusas but nothing that hit us as unique or amazing.

For some inspiration we turned to iTunes to help us out and looked for every song with the word vanilla in it.  It was The Killer’s Vanilla that truly inspired us.  After listening to that song for what must have been hours on end we knew we had to create something smooth, subtle, relaxed yet there needs to be something deceptive about the blend.  The song itself is very relaxed, loose, comforting, warm, spacey and dark with moments of fast, hard chaos.  A bit of a juxtaposition and that is what our guayusa needed to be.  Since we had already chosen the vanilla, which to us is relaxing we wanted to continue that theme with some relaxing lavender and subtle spearmint.  Now we have a relaxing blend but at the same time the high caffeine content of the guayusa creates a sense of alertness.  Sleepy, more like relaxed, yet wide awake.  We loved it.  Another interesting contrast is tasting this tea with and without sugar.  Without sugar it tastes like an earthy herbal blend but with sugar it tastes like a creamy dessert treat.
Above is a video clip of The Killer’s Vanilla (don't worry its advertisement-free).  Thank you The Killer's Vanilla for providing great inspiration to us.  Here is a link to one of our favorite artists, Amon Tobin:    http://www.amontobin.com.

For more information about The Killer's Vanilla guayusa, check out our website:    Butiki Teas Guayusa Selection 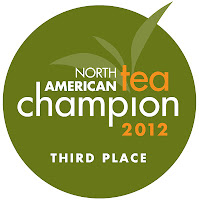 We are very excited to announce that our Cantaloupe & Cream won 3rd place in the Flavored White Tea category of the 2012 Spring Hot Tea Class of the North American Tea Championship!!!!  This was the only tea that we had entered into NATC. 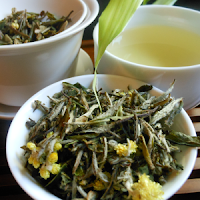 As someone that is very critical of my own work, I never expected that a tea I would create would win any awards.  Love and care is put into every single tea that we make (as well as quality ingredients) and we are very proud that we won 3rd place.  We would have never entered this tea had we not seen the reviews at Steepster.  While we get frequent purchases and praise of our Cantaloupe & Cream, it still hadn't hit us that this tea was extra special until we had read some of the reviews at Steepster.  Big thanks to everyone that has supported us, reviewed our teas, and of course our awesome customers!

You can find more info about Cantaloupe & Cream here:  http://www.butikiteas.com/White.html

IMPORTANT: Our office is closed Friday, August 3rd through Monday, August 6th.  Any purchases made Friday through Monday will be shipped out on Tuesday the 7th.  We apologize for the inconvenience.  During this time we will be offering 3 free samples of your choice (Organic Daba Mountain Jade is the only tea not eligible for sample).  Please let us know which samples you would like to try when you check out by listing them in the “Instructions to Merchant” section or by sending us an email.  Thank you for your patience.  –Stacy Lim
Posted by Butiki Teas at 11:32 PM 5 comments: